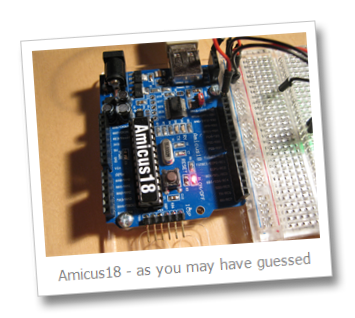 OK, whilst I am here, there’s another addition. The Amicus18 could be considered an Arduino with a PIC processor. Once again, the Amicus18 homepage at http://www.myamicus.co.uk/ gives the summary:

Amicus is a multifunction development system inspired by the popular Arduino board, however, the Amicus board uses a Microchip PIC®microcontroller instead of an Atmel AVRtm type

For the moment I am going to focus on the Arduino, learn some .NET and do some Netduino and then play with the Amicus18 in any spare time. Would like to do some assembler with that one. So here’s the current family. 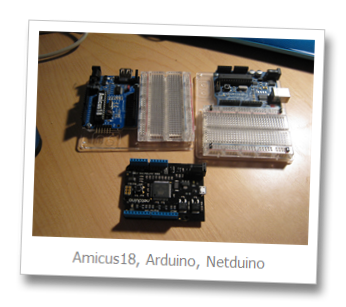 By the way, the breadboards on the Amicus and Arduino come from Oomlout. They make me happy (the company and the board). Also recommended are Cool Components, where the Netduino came from and Proto-Pic who supplied the Amicus18.  Great service from all three of them.

One more I want to pick up …

One thought on “>Amicus18 / Netduino / Arduino”